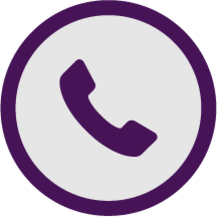 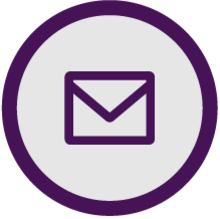 Nag Wars - Return of The Coach

Posted on 17th December 2019
In a town, far, far away (well, only about 8 miles in fact) and not actually that long ago (about a year ago) ...
A local business owner, having been in trading for several years and achieved a certain degree of success, recognised that as a business, they were not doing all that they could and were not confident about what the best course of direction should be ...
Having spent the last few years struggling on their own, I introduced them to the concept of the GAP program. They liked what they heard and could see the benefit that working with me could bring.
Following an introductory session, in which I gave them some basic pointers, they believed that they now knew what they needed to do and decided to do it on their own as they couldn't justify the expense of regular meetings. I wished them all the best and told them to keep in touch.
Less than a year later, I got a call back from them asking for my help
Having spent the initial day going through the GAP program, together we had identified not only the owners' personal and business goals, but had taken an in-depth look at the business in its current state and pinpointed what changes needed to take place to achieve greater success.
A doable business action plan had been formulated. Each action had been given a time deadline and assigned an owner and then ... nothing happened. How many times have you written an action plan and not followed it?
One of the many things that I say to my clients is that everything we do is training. I firmly believe that all that we do, whether right or wrong, is an opportunity to learn.
The lesson learnt by this particular client is that identifying what needs to be done was simply not enough. They recognised that being only accountable to themselves was not always a good motivator – in fact, it had the opposite effect. With this in mind, we worked out a new plan of what both they and the business needed.
And they needed to be regularly nagged! Which is where I came in!
I now spend two half-days with this particular every month. That time is spent working on particular areas that require immediate attention. It is an opportunity for them to discuss with me any concerns that they may have and is a time to vent their fears and frustrations.
More importantly, it is a time to tick off each action that has been completed, which gives them a sense of achievement. The fact that I am adding to the list is not viewed as a negative, as each action takes them a step nearer to achieving greater overall success.
However, it soon became apparent that meeting a couple of times a month was not quite enough. So now we have scheduled weekly calls and regular emails between us to check that they have completed certain actions that have been assigned at the end of each face-to-face meeting.
This level of contact is really working for them and now they have:
Increased productivity
Increased sales
Reduced stress
More peace of mind
A better structure to their working day
Accountability to someone outside the business
Whereas coaching was once thought of as an unnecessary expense and a luxury, it is now being viewed very differently by my clients and the results speak for themselves.
Where do you go for support? Who do you talk to for objective advice and guidance? Who keeps you accountable?
Working in - and running a business on your own - although rewarding, can be extremely exhausting, both physically and emotionally. The pressure can be immense and if you are trying to cover all the roles that the business requires, something has to give, doesn't it?
Until next time ...